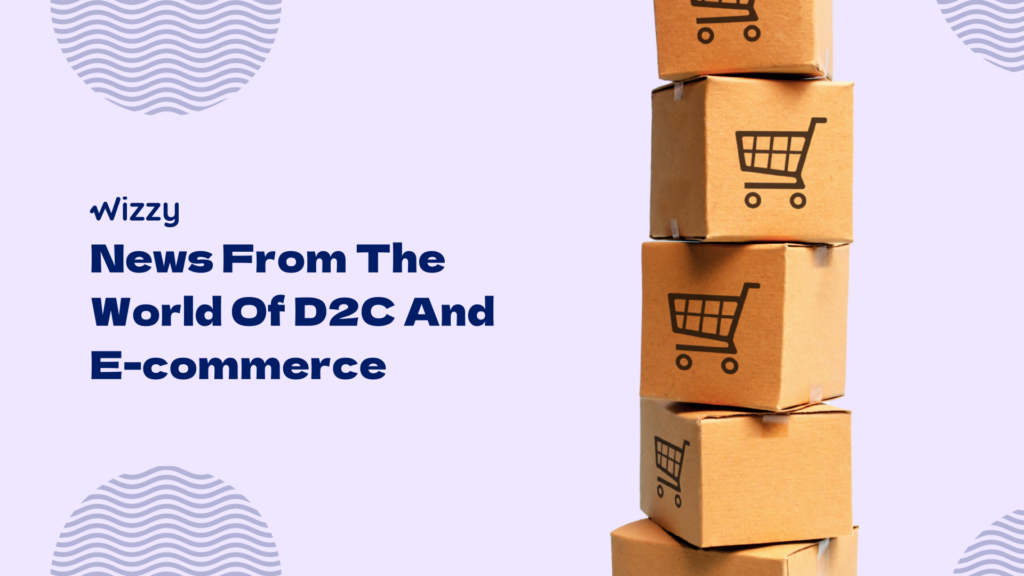 Hello and welcome to this week’s e-commerce news and updates from around the world. Each week Wizzy brings you the happenings from the world of e-commerce and D2C to help business owners keep a tab on what’s trending and driving online retail across the globe. This week we bring you stories about TikTok’s e-commerce play, Deliveroo unlocking advertising revenue, Amazon shutting down its plans to build warehouses, and more. Enjoy the read.

TikTok is launching a new commerce tool on its social media app in some parts of SouthEast Asia and the U.K. The idea is to generate more revenue by allowing creators to promote products and allow their followers to buy them.

TikTok has learned that creators are its USP and know very well that creators go where they can influence and make money. The social media app is facing a lot of scrutiny in the U.S. and U.K. Some regulations might force Apple and Google to remove TikTok from their respective app stores. As a result, TikTok wants to make as much revenue as possible before it’s too late. Did you know that TikTok’s Chinese version Douyin makes more revenue from commerce than from ads? Read here to know more.

Deliveroo, a popular food delivery app in the U.K. has launched an advertising platform that allows FMCG companies and brands to advertise their products on the Deliveroo app—specifically on the Order Tracking screens.

Driving revenue from a single source is becoming more challenging and Deliveroo is not the first and certainly won’t be the last in exploring revenue generation through advertising. Read more about this story here.

Amazon No Longer Wants To Build Warehouses. For Now (RetailDive)

Even the biggest of businesses can fall into a sense of hope driven by a short-term spike in demand and think it will last forever. Amazon nearly doubled its warehouses in the U.S. following a massive spike in sales and purchases during the pandemic. The company continued to build warehouses hoping the wave would continue. But this year has seen people cool off on buying stuff online, and this has slowed down the e-commerce industry a bit. As a result, Amazon has delayed or canceled plans for at least 13 facilities in its distribution network this year, according to local news reports. Read more about this story here.

The Future Of Farming Is E-commerce (WNKY News)

Growing fuel prices, increasing inflation, and diminishing purchasing appetite has affected many traditional businesses in the U.S. This is especially true with farmers. Farmers usually take their produce to the local market and hope to get a good price. But what if markets don’t offer the right value for the produce or what if there is no demand from the buyer’s side? Surely farmers can sell their produce online? But setting up an entire supply chain to sell online is a massive challenge to the farming community. Here is a story of a Kentucky based farmer who now sells her produce online thanks to an e-commerce marketplace that connects farmers and consumers. Just like ordering groceries from Instacart, but all the produce comes from local farmers and consumers know the origins of each product they buy. Read more about this farming e-commerce revolution here.

👉 D2C and e-commerce news from the week of 4th June

👉 D2C and e-commerce news from the week of 11th June

👉 D2C and e-commerce news from the week of 18th June

👉 D2C and e-commerce news from the week of 24th June

Wizzy in a Nutshell Let us show you how Wizzy can work on your shopping site!

Speak with a search expert so we can learn about your unique goals.